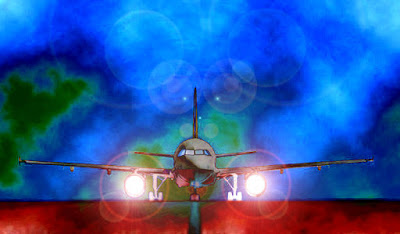 *Years ago, I picked up idete.com (for now, parked on my sales page); the word looked familiar, but I couldn’t quite place it, so I Googled it: over 900,000 hits.
It means “going” in Serbo-Croatian (yeah, yeah, I know – the Serbs and the Croats are working toward developing two separate languages, but expats like me who have lived in that region still see them as similar languages with different alphabets). It’s pronounced something like “idea tay” (but not exactly).
This domain would be perfect for a travel site for Eastern Europeans; I have never met people who like to travel as much as my Eastern European friends. They will often plan a last minute trip on a dime, and travel agents in the Balkans do pretty well. Also, when they vacation, they do it wholeheartedly and are willing to spend their hard-earned Euros (and local currency) for a nice, relaxing vacation.
Back in 1988, when I lived in Macedonia (then part of Yugoslavia), computers were a rarity (I wrote my first novel in longhand--it remains unpublished), and the internet was non-existent – everything was done by hand, including transferring my husband’s dinars from a bank in Belgrade into his Skopje account.
When we returned in 2004, Macedonia was no longer a part of Yugoslavia, most young people spoke English (not the case in 1988), and other changes no less dramatic: computers and ATMs were everywhere, and the internet was available (although expensive – we paid $80.00 a month).
In 2008, the internet is less expensive, and even more Macedonians than ever use the internet. Computerization has become the norm, and the 21st Century has rapidly arrived in this small country and the adjoining countries and beyond, the rest of the Balkans advancing even further. I believe that the area is beginning an era of growth and boom times.
Still, the Balkans is a small area and, thus, a small market, so a travel site built around this word would need to reach a more international market.
Then for an English-speaking consumer, I needed to come up with an English subtitle and registered the following possibilities: GoingGoingGO.com (Going, Going...GO!), GoingGO.com (Going...GO!) and YouGoPlaces.com (You Go Places).
I like the second possibility the best, but the others look pretty good as well. And it’s just too complicated (and $$$) to chase after an aftermarket domain that has just “possibilities.” Better to be safe than sorry later. In the future, YouGoPlaces.com should be fairly easy to sell, though I wouldn’t expect a huge profit on it.
I would be tempted to pay someone to help me develop the idete travel site, but I need to sleep on it for a while. It could be that there are too many sites like that, so I would need to do some research and find a niche.
For now, I have invested very little to develop the beginning of a viable business with a brandable and pronounceable five-letter dot-com domain (with good Google numbers and alphabet position), and three snappy satellite domains.
My advice to new domainers: keep your eye on fire-sale domains, but do be careful. I discovered some domains that sounded good, but they just didn’t have the Google numbers.
For names that sound good but have lousy numbers: don’t look to them for direct navigation possibilities but, rather, as branding possibilities.
Also, don’t forget to check the USPTO website for possible trademark issues.
Right now, I have a fire sale name parked on Sedo with a totally unrelated keyword because of possible trademark issues – another story, another post.

*This piece has been updated and moved here from an old blog.