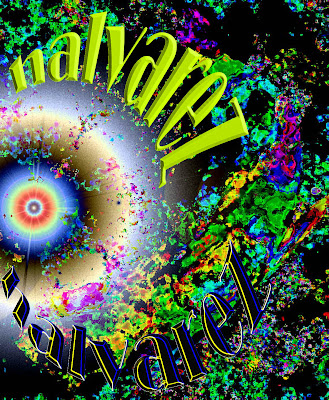 I'm coming out of temporary semi-retirement for two purposes:

1. To weigh in on the Snapnames "halvarez" scandal.

2. To articulate my five-year plan in this or a related industry

Two and a half years ago, I fell into this industry quite by accident. A friend, a non-domainer, showed me the link to Domain Tools Whois. I was interested in regging some domains for a project (now defunct), but I didn't like Netsol's search function (a good thing, given Netsol's front running activities). It was kind of fun, poking around to see what was available. I was truly shocked to see that most of the premium names were gone.

I knew nothing about domain parking, although I had seen some of those minimalist Geo portals that the average web surfer hates.

Then I stumbled upon the Domain Tools Blog, which then belonged to Jay Westerdal (along with Domain Tools WHOIS). In those days, before he sold Domain Tools, he posted a lot of good information, and I had a lot of questions, which he would patiently answer.

Without not really knowing too much, I started hand-regging domains. Some were for projects, others I just liked.

Most of them were crap names, long since gone, though a few still hang around (these are semi-developed). This mad regging of junk seems to be a natural learning curve for the newbie domainer, so I'm not ashamed of this part of my domaining life. Live and learn.

I always knew that the domaining biz had a whiff of a stink about it, but it was only when I started becoming more knowledgeable did I realize how corrupt this field really is. I even wrote about it here, in particular about the way the deletion cycle is supposed to work and the way it really works.

I have always suspected that shill bidding is rampant in domaining auctions, which is why I try to be careful when I bid in an aftermarket auction. I go into an auction knowing that a competing bidder could be a shill, so I set the highest amount I am willing to pay and then step away from the computer.

I am fairly certain that this happened with Please.info (at Pool), an auction I actually lost because I had set my highest proxy at $207 (or $227--I don't have access to my records at the moment), and the high bid was $300-something. A few days later, the domain showed up in my account with no explanation. When I questioned Pool about it, they were waffly, but it had to be one of two circumstances: a shill bidder or a non-paying bidder (which, in a sense, IS a shill bidder). I believe I got a great deal on this domain (especially now that .info seems to be emerging as a good, solid TLD), but it was also a bit disconcerting because a nagging question remains: Should I have paid less for this domain? It's not that the amount was going to break my bank, but no one likes to feel like a dupe.

Here's my take: at both Pool and Snap, I am required to have a credit card on file. When I win an auction, the money is taken from my card automatically; there is no waiting for funds to clear. Perhaps the "top" bidder's card was over limit OR top bidder simply did a chargeback (buyer's remorse) or top bidder was a shill. None of these scenarios bode very well.

Right around the same time, I started to read stories over at Namepros about "halvarez." In fact, questions about this "legendary" ghost bidder started in 2006, long before I started in this biz, but Snapnames remained mum and did not investigate until a few weeks ago.

Those of us in the biz are familiar with the details surrounding former Snapnames V.P. Nelson Brady shilling as halvarez. But if you're new and have not heard the news, here's a link to DomainNameNews, which leads to other sites about this scandal.

So here's my take on halvarez and Snapnames:

First of all, I doubt if I can ever trust Snapnames again and will never probably use their service again.

All their contrite apologies mean nothing. The fact that they waited for years to investigate their resident V.P. crook leads me to believe that Snap officials didn't want to investigate, that they had a hand in the shill bidding. Even after all the warnings, Snap officials simply insisted that halvarez was a premium bidder--that nothing shady was going on.

Nelson Brady may be guilty, but he's also a scapegoat.

Companies don't admit to wrong doing unless a whistle blower or blackmailer threatens to blow the lid on the scandal. There had to be a legal and financial reason for coming clean, having nothing to do with consumer confidence. I suspect that if there were no precipitating circumstances, we would still be discussing the "legendary" halvarez throughout the domain blogs and forums.

The "confession" may also be a smokescreen for something more sinister going on at Snapnames and Oversee.

Also, I have questions about other auctions I have won. Apparently, halvarez typically did not bid in on other TLD names, even premiums, at least in the auctions on my list. But I wonder: were there other shill accounts at Snapnames, perhaps specializing in other TLDs?

When I was bidding on Poets.net (which I eventually won), I had a rather avid competing bidder, which raised the winning price by $500. I don't want to blab this user name because he or she might be completely innocent, and I think it's unfair to "out" someone who could be innocent of any wrongdoing.

But, you see, I have this nagging question in my mind: Did Snapnames steal $500.00 from me?

As long as this question remains unanswered, I simply can no longer do business with this company.

This scandal (among other issues) has caused me to rethink my place in the domaining business. I'm just not willing to do some of the seedy activities that seems to come with this biz, for example, spamming email addresses with sales pitches.

I have no doubt that I COULD do this and make money--I have sold domains to people who have come to me--but I just can't seem to hit that "send" button without feeling sick on my stomach.

You know, it's that "do unto others" rule that stops me dead in my tracks. I don't LIKE receiving such mail, so why on earth would I want to SEND it? I suppose I am what I am, and I'm not going to change.

So, here I am, a domainer who won't/can't do what she needs to do to sell domains. Not a very profitable business model.

Therefore, I have been thinking a lot about what I would LIKE to do that is somewhat related to domaining but doesn't involve direct sales. I have come up with the following five-year plan, to commence late July 2010:

1. Develop (with some professional help) some key sites that I already have, such as the following:

--Poets.net, which is my premium domain. This domain has the potential to be a category killer, but its potential (in its current form) is yet unrealized.

--PleaseBeAdvised.com, currently a redirect to Ple-ase.com, is a small advice site. Please.info also redirects to this site. I may switch the custom domain to the PleaseBeAdvised.com domain, but I want to ask around first.

--V-te.com ("Getting Out the Vote"), a voting platform that lists some voting-related .tel domains and links to their possible use. This is still somewhat speculative, but I have some time yet, given that none of my .tels expire before March 2011. Then I will have to decide if this is really a viable TLD. My gut says it's too soon to tell. If a large tele-communications company buys into .tel, then those of us holding premium one-word .tels could do very well, indeed. So I'm holding, despite what naysayers say.

--CharlottePerkinsGilman.com, which is a fairly high traffic site dedicated to a well-studied literary figure (long dead). But the site needs serious work and attention.

I'm not too worried about my personal sites (JenniferHome.com, MacedonianJournal.com, and Bugzita.com) or my academic site (MsSiegel.com, a God-send in my current position overseas). These were never intended to be money-making sites.

2. Invest in domains that follow my interests and passions, but dump the names that are NOT related to my areas, unless they are semi-premium names that I'm willing to hold for the future or sell at a profit.

Before I left the U.S., I already started this process: I went through my list and decided what I wanted to keep and what to let go that is no longer relevant. It's been difficult watching some of those names drop, but why keep them if they have little domaining value and no personal value? Why not let someone who might really want the name and could make something out of it have a crack at it?

Still, I see every drop as a personal failure, a name that once held high hopes and a great idea. But life changes and so do great ideas.

After five years, I would like to be out of domaining altogether, perhaps hanging onto a few great names that have been fully developed and realized as part of my business or names at least directing to these developed sites.

My Fulbright Award has made me realize that my first love is literature and writing, and, perhaps, domaining, for these past 30 months, has been a strange and surreal distraction.

By the way, I am writing a novel and posting a first draft online:

There are some domaining references in it, but domaining is not the major premise of the novel. Also, I have used one of my domain names to create (for the novel) a substance called "A-hh."

The domain, A-hh.com, currently directs to my memoir excerpts.

I will probably post at least one more time before July 2010.

I believe that this industry is in crisis, and I'd like to offer some suggestions on how to fix some of these problems.
*
Posted by Jennifer at 7:21 AM